Chinks in the brain circuitry make some more vulnerable to anxiety

Why do some people fret over the most trivial matters while others remain calm in the face of calamity? Researchers at the University of California, Berkeley, have identified two different chinks in our brain circuitry that explain why some of us are more prone to anxiety.

Their findings, published Thursday, Feb. 10 in the journal Neuron, may pave the way for more targeted treatment of chronic fear and anxiety disorders. Such conditions affect at least 25 million Americans and include panic attacks, social phobias, obsessive-compulsive behavior and post-traumatic stress disorder. 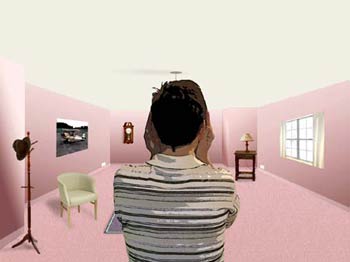 In the brain imaging study, researchers from UC Berkeley and Cambridge University discovered two distinct neural pathways that play a role in whether we develop and overcome fears. The first involves an overactive amygdala, which is home to the brain’s primal fight-or-flight reflex and plays a role in developing specific phobias.

“This finding is important because it suggests some people may be able to use this ventral frontal part of the brain to regulate their fear responses – even in situations where stressful or dangerous events are ongoing,” said UC Berkeley psychologist Sonia Bishop, lead author of the paper.

“If we can train those individuals who are not naturally good at this to be able to do this, we may be able to help chronically anxious individuals as well as those who live in situations where they are exposed to dangerous or stressful situations over a long time frame,” Bishop added.

Bishop and her team used functional Magnetic Resonance Imaging (fMRI) to examine the brains of 23 healthy adults. As their brains were scanned, participants viewed various scenarios in which a virtual figure was seen in a computerized room. In one room, the figure would place his hands over his ears before a loud scream was sounded. But in another room, the gesture did not predict when the scream would occur. This placed volunteers in a sustained state of anticipation.

Participants who showed overactivity in the amygdala developed much stronger fear responses to gestures that predicted screams. A second entirely separate risk factor turned out to be failure to activate the ventral prefrontal cortex. Researchers found that participants who were able to activate this region were much morecapable of decreasing their fear responses, even before the screams stopped.

The discovery that there is not one, but two routes in the brain circuitry that lead to heightened fear or anxiety is a key finding, the researchers said, and it offers hope for new targeted treatment approaches.

In addition to Bishop, coauthors of the study are Anwar O. Nunez Elizalde at UC Berkeley; Iole Indovina of the Neuroimaging Laboratory of the Santa Lucia Foundation in Rome, Italy;  Trevor Robbins at Cambridge University in the United Kingdom; and Barney Dunn at the MRC Cognition and Brain Sciences Unit in Cambridge, U.K.