The research was published in the May issue of Health Affairs, and was conducted at the UC Berkeley School of Public Health in collaboration with New York University’s Robert F. Wagner Graduate School of Public Service.

“Covered California is one of the few ACA marketplaces that directly negotiates premiums with insurers,” said Richard Scheffler, lead author and distinguished professor of health economics and public policy at UC Berkeley. “Our study suggests that these negotiations successfully constrained premiums during the early years of the marketplaces.”

“This is important research that underscores the direct impact on premiums of hospital market concentration and the potentially critical role marketplaces can play for consumers,” said Peter V. Lee, executive director of Covered California. “Covered California strives to get the best value for consumers. Our ability to negotiate rates, networks, and product quality with insurers is important for enabling us to accomplish this goal.”

The study looked at the growth in health-insurance premiums from 2014 to 2015 in two state-based Affordable Care Act (ACA) marketplaces: Covered California and NY State of Health. Under the ACA, marketplaces can either accept all insurers who seek to participate or select a limited number of insurers to sell coverage. New York chose the first course, permitting all willing insurers to join the marketplace; California chose the second, selecting just 12 insurers to participate (based on rates, for the most part) and rejecting 20 insurers who had shown interest in offering coverage.

In both states, areas with less hospital competition experienced larger premium increases between 2014 and 2015. But the effect of insurer competition differed dramatically across the states. 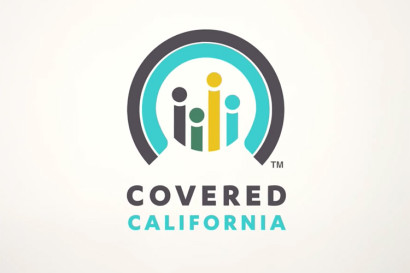 “Our study demonstrates the potential of allowing third parties to use their purchasing power to ensure that negotiating better health care prices benefits consumers, not insurers,” said Sherry Glied, dean and professor of public service at NYU Wagner. “The choice between regulation and competition is a false one. To best manage our health care system, we will need both.”

“Health care consolidation is taking place at an accelerated pace” said Brent Fulton, an assistant adjunct professor of health economics and policy at UC Berkeley. “Going forward, policy makers must ensure health insurers aren’t able to exercise their increased market power on consumers. Structuring other ACA Marketplaces like Covered California may be a step in the right direction.”

The authors say that given the importance of the ACA marketplaces for providing individual health insurance coverage, it is critical to further evaluate the current effectiveness of the marketplaces, and to find ways in which the marketplaces could be improved.

The study was funded by the Nicholas C. Petris Center on Health Care Markets and Consumer Welfare at the UC Berkeley School of Public Health and the Commonwealth Fund (Grant No. 20160413).