Bringing the electric grid into the 21st century

How antiquated is our nation’s electric grid? It is so backward and inflexible that in order to integrate more sources of renewable energy, such as wind and solar, the current grid requires that we build more power plants. That’s right, in order to burn less fossil fuel, we need to build more fossil fuel-burning plants.

Researchers at Lawrence Berkeley National Laboratory (Berkeley Lab) are working on a project that would modernize the grid and essentially bring it into the Internet age by using automated control software to manage demand in real time. The project has been awarded $2.865 million by the Department of Energy’s Advanced Research Projects Agency–Energy, or ARPA-E, whose mission is to invest in potentially transformational energy technologies.

Berkeley Lab scientists are working with AutoGrid Systems, a Palo Alto, California-based startup which was the prime recipient of the ARPA-E grant, and Columbia University, which has deep expertise in computer algorithms. The proposed new system is an advanced form of “demand response,” a scheme that allows customers to adjust their electricity usage automatically in response to price or other signals. Using demand response allows utilities to reduce their peak loads and thus build fewer power plants. 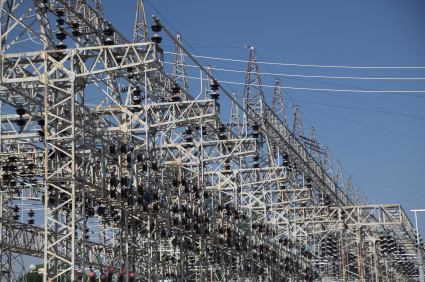 “The nation’s electric grid is archaic and fragile and prone to blackouts. Thomas Edison would recognize many of the components if he were to walk up to it today,” said Berkeley Lab researcher Dave Watson, lead investigator on the project. “Having fast, automated demand response is just another arrow in the quiver of grid operators trying to balance the grid and keep the lights on.”

Dubbed “Demand Response Optimization and Management System—Real Time,” or DROMS-RT, the system is expected to reduce the cost of operating demand response and dynamic pricing programs in the United States by 90 percent while allowing more integration of renewable energy onto the grid.

In traditional demand-response schemes, utilities notify large customers of upcoming peak periods several hours or even a full day in advance to schedule adjustments. Typically this might be done on a hot summer afternoon when more air conditioners than usual are on, putting a strain on the grid and sending electricity prices up. Those customers then have the option of reducing their consumption by shedding unnecessary loads—for example, by dimming or turning off lights, raising building temperatures by 1 or 2 degrees or postponing certain agricultural or industrial processes—to avoid paying the higher rates. When Berkeley Lab started researching demand response 10 years ago, notifications were “done manually using telephone calls and pagers,” Watson said.

Since that time, demand response has come a long way. First Berkeley Lab researchers automated the process with OpenADR, an open communication standard which has become one of the first 16 national standards for the “smart grid.”

Now DROMS-RT pushes demand response a quantum leap forward in several ways. First, it is “dispatchable,” meaning it can be enabled at a moment’s notice, day or night. No longer will adjustments have to be scheduled in advance. Customers will receive price signals in near-real time, allowing them to potentially save 10 to 30 percent on their utility bill.

Second, the automated system will use computer-based machine learning algorithms to make forecasts of future loads based on past behaviors. “Traditional demand response doesn’t have much—if any—forecasting or predictability built into it,” Watson said. “Our algorithms figure out, based on historic behavior, what is the likelihood of any individual site to participate and predict the likelihood they’ll participate in the future.”

Predictability helps grid operators to better manage supply and demand and thus make power generation more cost-effective for both suppliers and consumers. Watson likened the scheme to online recommendation systems used at sites such as Amazon or Netflix but added that predicting energy behavior is far more difficult: “It’s probably easier to forecast what movies someone will like than to forecast the energy behavior and response to demand-response signals of a group of industrial facilities,” he said. “There are so many different factors, and industrial users are so diverse.”

To tackle the challenge, experts from Columbia University’s world-renowned Industrial Engineering and Operations Research Department will be melding their knowledge with nine years of research by Berkeley Lab’s Demand Response Research Center into how customers respond to demand-response signals.

With DROMS-RT, Watson says California would be able to more cheaply meet its mandated goal of getting 33 percent of its electricity from renewables by 2020. To provide the required load-balancing when more renewables are brought online, the grid will need either more fossil-fuel burning plants, grid-scale batteries or demand response. “Grid-scale batteries are roughly three times the cost of a power plant but more environmentally friendly,” said Watson. “Fast demand response is about 10 percent of the cost of grid-scale batteries—much cheaper than power plants.”

Another innovative aspect of DROMS-RT is that it will be sold as “software as a service,” meaning it will be hosted in the cloud. “The typical customer may be a smaller utility or municipality,” Watson said. “Rather than spend millions of dollars to implement an automated demand-response system, they can start small with just an account in this software-as-a-service model.”

Currently dynamic pricing is more commonly offered to large commercial and industrial customers. Residential customers typically pay flat or tiered rates for electricity. But eventually, “time-of-use” rates will become more prevalent in all sectors. Then it may pay to do your laundry at night.