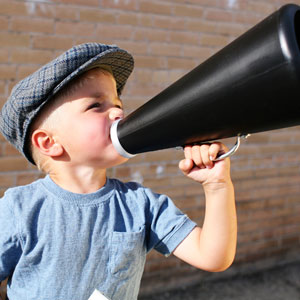 The brain’s speech center known as Broca’s area shuts down when we actually talk.

For 150 years, the iconic Broca’s area of the brain has been recognized as the command center for human speech, including vocalization. Now, scientists at UC Berkeley and Johns Hopkins University in Maryland are challenging this long-held assumption with new evidence that Broca’s area actually switches off when we talk out loud.

The findings, reported today (Feb. 16) in the Proceedings of the National Academy of Sciences journal, provide a more complex picture than previously thought of the frontal brain regions involved in speech production. The discovery has major implications for the diagnoses and treatments of stroke, epilepsy and brain injuries that result in language impairments.

“Every year millions of people suffer from stroke, some of which can lead to severe impairments in perceiving and producing language when critical brain areas are damaged,” said study lead author Adeen Flinker, a postdoctoral researcher at New York University who conducted the study as a UC Berkeley Ph.D. student. “Our results could help us advance language mapping during neurosurgery as well as the assessment of language impairments.”

Flinker said that neuroscientists traditionally organized the brain’s language center into two main regions: one for perceiving speech and one for producing speech.

“That belief drives how we map out language during neurosurgery and classify language impairments,” he said. “This new finding helps us move towards a less dichotomous view where Broca’s area is not a center for speech production, but rather a critical area for integrating and coordinating information across other brain regions.”

In the 1860s, French physician Pierre Paul Broca pinpointed this prefrontal brain region as the seat of speech. Broca’s area has since ranked among the brain’s most closely examined language regions in cognitive psychology. People with Broca’s aphasia are characterized as having suffered damage to the brain’s frontal lobe and tend to speak in short, stilted phrases that often omit short connecting words such as “the” and “and.”

Specifically, Flinker and fellow researchers have found that Broca’s area — which is located in the frontal cortex above and behind the left eye — engages with the brain’s temporal cortex, which organizes sensory input, and later the motor cortex, as we process language and plan which sounds and movements of the mouth to use, and in what order. However, the study found, it disengages when we actually start to utter word sequences.

“Broca’s area shuts down during the actual delivery of speech, but it may remain active during conversation as part of planning future words and full sentences,” Flinker said.

The study tracked electrical signals emitted from the brains of seven hospitalized epilepsy patients as they repeated spoken and written words aloud. Researchers followed that brain activity – using event-related causality technology – from the auditory cortex, where the patients processed the words they heard, to Broca’s area, where they prepared to articulate the words to repeat, to the motor cortex, where they finally spoke the words out loud.

In addition to Flinker, other co-authors and researchers on the study are Robert Knight and Avgusta Shestyuk at the Helen Wills Neuroscience Institute at UC Berkeley, Nina Dronkers at the Center for Aphasia and Related Disorders at the Veterans Affairs Northern California Health Care System, and Anna Korzeniewska, Piotr Franaszczuk and Nathan Crone at Johns Hopkins School of Medicine.