Some 10 percent of the population suffers from eczema at some point in their lives. The chronic skin condition, for which there are no cures or good treatments, causes symptoms ranging from dry, flaky and itchy skin to flaming red rashes and, particularly in children, nasal allergies and asthma. 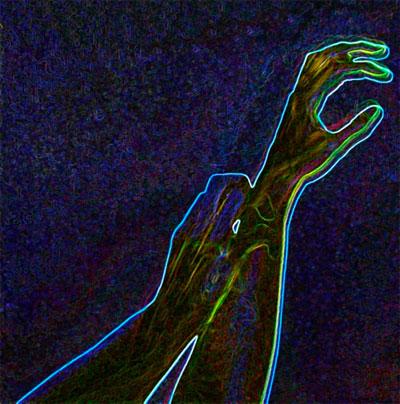 Scientists at the University of California, Berkeley, have developed a new picture of how the nervous system interacts with the immune system to cause the itch and inflammation associated with eczema. Their findings could lead to new therapies for the disease.

Eczema’s cause is unknown, but most research today focuses on the immune system’s role in reacting to chemicals that cause itching and inflammation. UC Berkeley neuroscientist Diana M. Bautista and graduate students Sarah R. Wilson and Lydia Thé, however, discovered that sensory nerves in the skin are the first to react to these chemicals, and that blocking the skin’s itch receptors not only stops the scratching, but may head off the worst consequences of eczema.

“Most drug development has focused on trying to find a way to inhibit the immune response,” said Bautista, assistant professor of molecular and cell biology and a member of the Helen Wills Neuroscience Institute. “Now that we have found that sensory neurons may be the first responders, that changes how we think about the disease.”

“By just blocking what is happening in the neurons, you could block the symptoms of chronic itch, including the big immune response leading to asthma and allergy,” Wilson added. “And you prevent the patient from scratching, which damages skin cells and makes them release more chemicals that cause inflammation and help maintain chronic itch.”

The researchers already have identified a potential drug, now in Phase 1 clinical trials for a different inflammatory disease, that stops mice from scratching when it is applied to the skin.

Their new model of eczema is based on findings reported online today (Thursday, Oct. 3) in the journal Cell by Bautista, Wilson, Thé and their UC Berkeley colleagues.

“We started out looking at acute itch and asked the question, ‘Why do we scratch? Why do we have that urge, and how does it work that scratching gives you some relief, when normally it feels terrible if you don’t have an itch and scratch yourself that hard?’” Bautista said. “But the many types of chronic itch that humans experience are all very different. We believe that, through identifying molecular mechanisms, we can find new treatments and therapies for these diseases.”

Immunologists several years ago identified a chemical – TSLP (thymic stromal lymphopoietin), a so-called cytokine – that induces itch when expressed in the skin. Because immune cells have receptors for this chemical, TSLP triggers them to release chemicals that attract other immune cells and to create the red, itchy inflammation typical of eczema. These inflammatory chemicals seem to spread through the body and induce inflammation in the lungs, gut and nasal passages that lead to asthma and allergies, Bautista said.

Wilson and Bautista, however, focused on what causes the immediate or acute itch. Probing itch-sensitive neurons in the skin, they found that these neurons also have receptors for TSLP, and that TSLP makes these neurons, like immune cells, release chemical mediators that cause inflammation. Furthermore, by looking at human skin cells (keratinocytes) in culture, they discovered the triggers that make skin cells release TSLP in the first place.

“Our hypothesis is that skin cells release TSLP, which triggers neurons to release mediators that lead to more inflammation and recruitment of immune cells,” helping to set up chronic inflammation, Bautista said.

“These itch-sensitive neurons are a small population,” she added. “If we could just block the 2 percent of neurons that respond to TSLP, we could have a really selective drug that treats chronic itch, but keeps all of the important functions of skin – normal pain function, normal temperature and tactile sensations – and the many parts of the immune system intact.”

Interestingly, the TSLP receptor works through an ion channel, TRPA1, that Bautista discovered when she was a post-doctoral researcher. The channel was named the wasabi ion channel because it is sensitive to “mustard compounds” like those found in Dijon or wasabi. Blockers of the wasabi channel thus would block the action of TSLP and stop itch.

Alternatively, Wilson said, drug developers could look for chemicals that block the release of TSLP from damaged skin cells.

Bautista and her colleagues are continuing to explore the relative contributions of different types of nerve and immune cells to atopic dermatitis and chronic itch and are developing mouse models in which to test their hypotheses.