The Blockchain Lab at the UC Berkeley received the campus’s first ever donation in Bitcoin, worth more than $50,000. 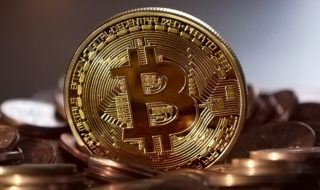 The donation, also the first for the Blockchain Lab, came from the EchoLinkfoundation. EchoLink is a project that is using blockchain, the technology that securely verifies Bitcoin transactions, to help employers verify education, skills and work experience for prospective employees. EchoLink was founded by Steve Chen, who is also serving as industry co-lead for the Blockchain Lab. The Bitcoin donation, a pilot project, has already been cashed into dollars for the lab to use.

“Berkeley has always been a hub for innovative ideas and research, and the Blockchain Lab here provides a platform for researchers and students from different disciplines to work together to conduct leading-edge research and build really innovative blockchain-based projects,” Chen said.

Berkeley’s Sutardja Center for Entrepreneurship and Technology launched the Blockchain Lab this fall to help entrepreneurs take advantage of a technology that many believe to be one of the most exciting recent developments in computer science. Bitcoin is just one example of a blockchain, or a distributed public ledger system, which allows users to make secure transactions in a very short amount of time.

Blockchain has become a buzzword in the cybersecurity world and on the Berkeley campus, which is now a hub for blockchain research and education. A Berkeley Ph.D. student used blockchain data to hunt sex traffickers, and this spring, Berkeley’s Haas School of Business will offer a class to business, engineering and law students called “Blockchain and the Future of Technology, Business, and Law.”

Recently, Chen held a two-day workshop for students to learn the fundamentals of blockchain development. At the event, Chen demystified the basics of blockchain and went into detail about how the system works. Students also learned how to develop their own applications on Ethereum, a popular blockchain-based platform used for creating smart contracts and token offerings.

With blockchain, much of the attention so far has been on Bitcoin because the digital currency has been the spark that has ignited the blockchain revolution, but the potential for blockchain technology is much larger. Experts believe it may soon touch every industry and completely change how business is done.

Reduced transaction costs and impenetrable security will enable all kinds of new business models and activities. For example, governments could use a blockchain to enable digital voting where individuals could vote online and verify that their votes were appropriately counted. Unlike current tries at online voting, a blockchain-based system would be nearly impossible to hack. A recent post on the Berkeley Blog talks about importance of blockchain technology in protecting personal data in the United Nation’s new digital identity system for refugees.

“The more one thinks on the plausible applications for blockchain, the more one starts to see how this technology may in fact change the social, political and business landscape much like the internet did,” said Ikhlaq Sidhu, founding director and chief scientist at the Sutardja Center for Entrepreneurship and Technology. “Thanks to the donation from EchoLink, students at Berkeley will have the chance to begin exploring.”