Beyond manifesto: How to change the food system

Mark Bittman, cookbook author and New York Times food writer, used the occasion of New Year’s Day to throw down the gauntlet for real and permanent change to the U.S. agricultural system. “We must figure out a way to un-invent this food system,” he says in a Times opinion column. He likens the scale of the task to tectonic cultural strides like abolition, civil rights, and the women’s vote. 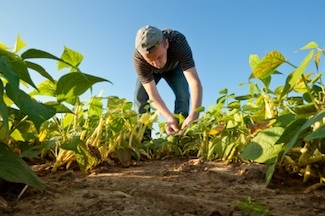 As to howwe go about achieving this goal, Bittman speaks in broad terms. He appeals for patience, invoking the pioneers of those transformative movements, who had the perspective that their progress is not just for now but for future generations. He names the culprits of sugary drinks and poor livestock conditions as key points of attack. He calls for goals. Well reasoned approaches, to be sure, but they aren’t a blueprint for specific action.

UC Berkeley researchers have been working on some specifics for several years now, researching the agricultural, policy, and social practices that would make possible the type of systemic change Bittman is advocating. In a special multi-article feature devoted to "diversified farming systems," or DFS, for the December issue of the journal Ecology & Society, scientists from Berkeley, Santa Clara University, and other institutions lay out a comprehensive scientific case that biologically diversified agricultural practices can contribute substantially to food production while creating far fewer environmental harms than industrialized, conventional monoculture agriculture—that is, large swaths of land devoted to growing single crops using chemical inputs.

DFS are different from the narrow definition of organics, and the research shows that, unlike industrial agriculture, biologically diversified agriculture tends to generate and regenerate ecosystem services such as soil fertility, pest and disease control, water-use efficiency, and pollination, which provide critical inputs to agriculture. The research also found that DFS support globally important ecosystem services, including substantially greater biodiversity, carbon sequestration, energy-use efficiency, and resilience to climate change.

But changing America’s agriculture system is more complex than just changing farming techniques, according to Alastair Iles, assistant professor of environmental science, policy, and management, and co-director of the Berkeley Center for Diversified Farming Systems. 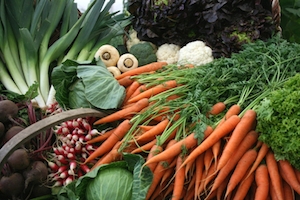 “If diversified farming systems are to thrive in the United States, policies and preferences must evolve to reward the environmental and social benefits of sustainable farming and landscape management,” Iles says. “Policies supporting ecological diversification are underdeveloped and fragmented compared with conventional agricultural policies.”

In one Ecology & Society article, Iles and co-author Robin Marsh, also of UC Berkeley, consider several obstacles that prevent or slow the spread of diversified farming practices, such as the broader political and economic context of industrialized agriculture, the erosion of farmer knowledge and capacity, and supply chain and marketing conditions that limit the ability of farmers to adopt sustainable practices.

“To transform agriculture, we need to understand these obstacles and develop and test solutions, such as peer-to-peer learning, recruitment and retention of new farmers through access to credit and land, and compensation for ecological services provided by ranchers, for example,” Iles says.

Other key facets of a sustainable agricultural system include attention to its social dimensions, such as human health, labor, democratic participation, resiliency, diversity, equality, and ethics, according to special issue co-editor Chris Bacon of Santa Clara University. In an article with colleagues, Bacon proposes creating partnerships with institutions that could address issues like immigration, food access, and worker health.

But first and foremost, the farms themselves have to produce enough to remain profitable and to feed a growing population. Conservation biologist Claire Kremen, also a UC Berkeley professor and co-director of the Berkeley DFS Center with Iles, says that more work is needed to build on what is already known about biologically diversified agriculture, to make them these methods even more productive.

“To date, the amount of research and development investment in this type of agriculture is miniscule compared to what’s been invested in conventional agriculture,” Kremen said. “There may be substantial potential to increase food production from biologically diversified, sustainable agriculture that we have not yet tapped into. With research support to study and improve on sustainable farming systems, we can tap that potential. Growers want to utilize sustainable practices if they can, but they need to know it won’t hurt their bottom line.”

So, DFS scientists might argue, Bittman’s New Year’s manifesto, which ends with a call for “energy, action — and patience,” could be amended to include “a comprehensive scientific, political, and sociological approach, and putting dollars behind the right kinds of research.”