Amid flu epidemic, more bad news about its spread 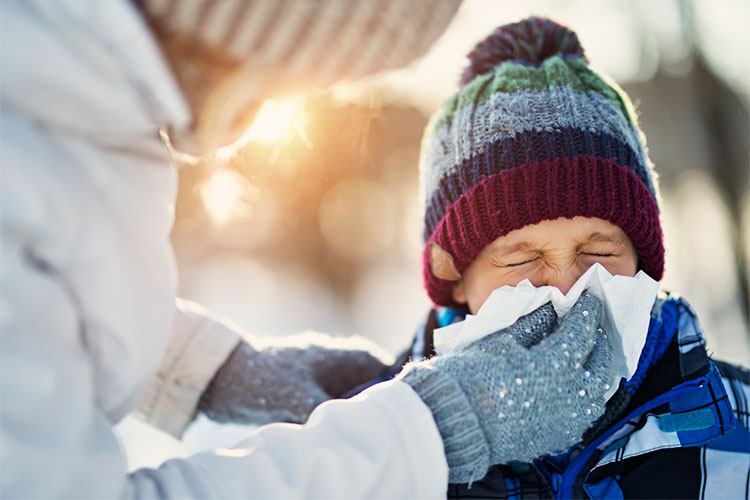 Getting lots of sleep, drinking lots of water, sneezing into the crook of your arm and getting a vaccination no doubt will help fight back the flu. But if you don’t want to get it in the first place, don’t breathe.

The findings of a $10 million study about how flu spreads, published in the journal Proceedings of the National Academy of Science, indicates that it is alarmingly easy to spread the flu bug by simply breathing.

This year’s dominant flu strain, H3N2, is already widespread in all U.S. states except for Hawaii, and flu season hasn’t even peaked yet.

Jovan Pantelic was part of the research team looking at transmission of the flu when he was a postdoctoral researcher at the University of Maryland under the guidance of Professor Donald Milton. Today he is an assistant professional researcher studying healthy buildings and indoor air quality for the Center for the Built Environment, part of UC Berkeley’s College of Environmental Design.

“Our results,” said Pantelic, “show that some people can exhale or cough high quantities of live virus particles — up to 1,000 in 30 minutes. When we consider that an infectious dose is just one virus particle, this means that potentially 1,000 people can be infected in short order.”

He said this is especially important in buildings where people sit near each other and especially on public transportation, where the density of people is very high and the air usually is not fresh.

CDC recommendations include hand washing to protect against contact transmission, but the airborne mode of infection has not been considered as important.

“Our study changes this perception and shows that the airborne mode is very important,” said Pantelic, who has so far escaped the flu this season. “We need to consider it and design a guideline for it.”

John Swartzberg, a professor emeritus with Berkeley’s School of Public Health’s infectious disease and vaccine division who also is the editorial board chair for BerkeleyWellness.com, agreed that the study’s findings are important.

“Influenza is most commonly spread through the air in the immediate vicinity of the infected individual (about six feet),” said Swartzberg.

“While coughing and sneezing easily spread the virus, so does talking,” he added. “So, stay at least six feet away from anyone with influenza, not just those who are sneezing and coughing, but anyone talking!”

Read a more detailed report about the study here.