Tarek I. Zohdi received his Ph.D. in 1997 in Computational and Applied Mathematics from the University of Texas at Austin. He was a post-doctoral fellow at the Technical University of Darmstadt in Germany from 1997 to 1998 and then a lecturer (C2-Oberingenieur) at the Gottfried Leibniz University of Hannover in Germany from 1998 to 2001, where he received his Habilitation in General Mechanics (Allgemeine Mechanik). Approximately one out of every twenty Ph.D holders in Germany is allowed to proceed with a Habilitation. It is the highest academic degree in Germany and is usually required to obtain the rank of full Professor there and in other parts of Europe.

In July 2001, he became an Assistant Professor at the University of California, Berkeley, in the Department of Mechanical Engineering. He was promoted to Associate Professor in July 2004 and to Full Professor in July 2009. In July 2012, he was appointed Chair of the Designated Emphasis Program in Computational and Data Science and Engineering (DE-CSE) at UC Berkeley (https://citris-uc.org/initiatives/decse/) and in 2018 the Chief Technology Officer UC Berkeley Fung Institute for Innovation(https://funginstitute.berkeley.edu/about-us/our-people/staff/). Previously, he has served as Chair of the Engineering Science Program at UC Berkeley (2008-2012) and Vice-Chair for Instruction in the Department of Mechanical Engineering (2009-2012). He is currently a Chancellors Professor of Mechanical Engineering and holder of the W. C. Hall Family Endowed Chair in Engineering. He also holds a Staff Scientist position at Lawrence Berkeley National Labs and an Adjunct Scientist position at the Children’s Hospital Oakland Research Institute.

In 2000, he received the Zienkiewicz Prize and Medal, which are awarded once every two years, to one post-graduate researcher under the age of 35, by The Institution of Civil Engineers in London, to commemorate the work of Professor O. C. Zienkiewicz, for research which contributes most to the field of numerical methods in engineering. In 2002, he received the Best Paper of the Year 2001 Award in London, at the Lord’s Cricket Grounds, for a paper published in Engineering Computations, pertaining to modeling and simulation of the propagation of failure in particulate aggregates of material. In 2003, he received the Junior Achievement Award of the American Academy of Mechanics. The award is given once a year, to one post-graduate researcher, to recognize outstanding research during the first decade of a professional career. In 2008, he was elected Fellow of the International Association for Computational Mechanics (IACM) and in 2009 he was elected Fellow of the United Stated Association for Computational Mechanics (USACM). The USACM is the primary computational mechanics organization in the United States and the International Association for Computational Mechanics is the primary international organization in this field. In 2011, he was selected as “Alumnus of the Year” by the Department of Mechanical Engineering at Louisiana State University (LSU), where he did his undergraduate studies. He serves on the editorial advisory boards of ten international journals. Also, he is an editor of the leading journal Computational Mechanics and co-founder and co-editor-in-chief of journal, Computational Particle Mechanics. He is also an editor of a book series on Computational Mechanics, published by John-Wiley.

In addition to his academic credentials, Tarek I. Zohdi has been active in two main industrial areas:

Recently, he has been heavily involved in the relatively new National Network of Manufacturing Innovation (NNMI) system that has been developed over the last decade by the US Government. The goal is to add capacity to the National Network of Manufacturing Innovation, a 2014 initiative to increase the competitiveness of U.S. manufacturing by streamlining research and development and increasing collaboration among industry, academia, national labs and federal partners. In 2016, he was the Northern California Principal Investigator for the Northern California Clean Energy Smart Manufacturing Innovation Institute (CESMII); see Whitehouse announcement: http://engineering.berkeley.edu/2016/06/california-new-headquarters-smart-manufacturing-institute and http://www.me.berkeley.edu/about/news/president-obama-announces-winner-new-smart-manufacturing-innovation-institute-competition which is part of a 140,000,000 dollar consortium of universities, national labs and companies geared towards smart clean manufacturing (headquartered at UCLA). The mission of the consortium, consisting of 200 partners from 30 states representing a wide spectrum of interests across industry and academia, is to help hone advanced manufacturing’s competitive edge in the United States by increasing efficiency and accelerating the adoption of technologies such as advanced sensors, data analytics and digital controls in manufacturing. Also, in 2016, he was the California Principal Investigator for another successful consortium NNMI grant (the Advanced Robotics Manufacturing (ARM), headquartered at Carnegie Mellon) in which he was appointed the coordinator of the Northern California Branch; see announcement http://www.me.berkeley.edu/about/news/dod-announces-award-new-advanced-robotics-manufacturing-arm-innovation-hub and http://engineering.berkeley.edu/2017/01/berkeley-regional-center-new-robotics-manufacturing-consortium which is part of a 253,000,000 dollar consortium of universities, national labs and companies focused on advanced robotic manufacturing.

Finally, over the last few years he founded the UC Berkeley Fire Research Group: https://frg.berkeley.edu/ whose mission is to serve the best interests of the State of California and society at large, by working toward the development and implementation of more effective solutions for uncontrolled wildfires. 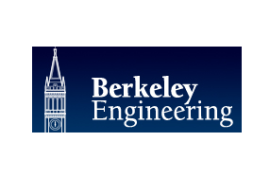 The College of Engineering has launched a new major—driven largely by undergraduate interest—that focuses in a comprehensive way on the generation, transmission and storage of energy, with additional courses on energy policy. 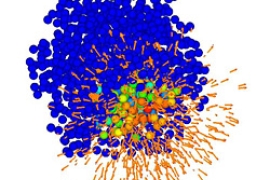 Beginning this fall, the new Energy Engineering major will admit up to eight new students each year.

The College of Engineering has launched a new major—driven largely by undergraduate interest—that focuses in a comprehensive way on the generation, transmission and storage of energy, with additional courses on energy policy.

Beginning this fall, the new Energy Engineering major will admit up to eight new students each year.