Sarah Anzia is a political scientist who studies American politics with a focus on state and local government, elections, interest groups, and public policy. Her book, Timing and Turnout: How Off-Cycle Elections Favor Organized Groups, examines how the timing of elections can be manipulated to affect both voter turnout and the composition of the electorate, which, in turn, affects election outcomes and public policy. She also studies the role of government employees and public sector unions in elections and policymaking in the U.S. In addition, she has written about the politics of public pensions, women in politics, the historical development of electoral institutions, and the power of political party leaders in state legislatures. Her work has been published in the American Political Science Review, the American Journal of Political Science, the Journal of Politics, the Quarterly Journal of Political Science, Legislative Studies Quarterly, and American Studies in Political Development. She has a Ph.D. in political science from Stanford University and an M.P.P. from the Harris School at the University of Chicago. 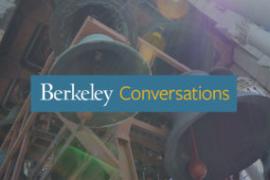 Will there be an election in November? Almost certainly, agreed a panel of UC Berkeley experts in politics, public policy, cybersecurity and law.

Will there be an election in November? Almost certainly, agreed a panel of UC Berkeley experts in politics, public policy, cybersecurity and law.

Please note: The views and opinions expressed in these articles are those of the authors and do not necessarily reflect the official policy or positions of UC Berkeley.
September 9, 2019

Washington Post
Michelle Singletary
Associate public policy and political science professor Sarah Anzia recently wrote about the pension crisis currently threatening local government services for the Washington Post. In it, she said that "over the past few decades, policymakers from California to Wyoming have made public pension benefits ever more generous -- while setting aside too little money to pay for them." She also pointed to a Pew report finding that governments have underfunded their pensions by more than $1.28 trillion. Her analysis comes up in this story for its reassurance that public plans have not been defaulting on pension benefits, although the rising costs are putting public services at risk. Professor Anzia had written: "Current state and local government employees and retirees will almost certainly get their pensions. ... Out of the public eye, public-sector pension expenditures are quietly and persistently eating into local government budgets. As a result, local government workforces in many places are shrinking. This doesn't just mean fewer government jobs to go around. It means that all those who rely on local government services are in danger of losing those supports. Many Americans take for granted that their local governments will provide public services like police protection, fire protection, street sweeping and refuse collection. But it may well become harder for local governments to carry out those basic functions -- because of rising pension costs."
FullStory (*requires registration)

Mercury News
Dan Walters, CALMatters
Public pension costs are escalating unsustainably for local governments nationwide, finds a new study by associate public policy and political science professor Sarah Anzia. "My analysis ... shows that as local governments spend more on pensions, they have fewer public-sector jobs to offer -- an implication that is not positive for government employees or their unions," she wrote in her report. She predicts a "pension-induced transformation of local government" and suggests that "the future of local government may look very different than the past" as a result. Her paper is available at the Goldman School of Public Policy.
FullStory (*requires registration)