Rosemary Joyce is an expert in understanding how materials that endure serve as resources for people to envision the past, whether that is the way statues may evoke idealized histories for political purposes, or how objects of everyday life can reveal how people lived. In her book, Ancient Bodies, Ancient Lives (Thames and Hudson 2008), she presents the results of global research on sex and gender by archaeologists for interdisciplinary scholars. Her most recent book, published in 2020 by Oxford University Press, The Future of Nuclear Waste: What Art and Archaeology Can Tell Us About Securing the World's Most Hazardous Waste, explores proposals made by the US Government to mark nuclear waste repositories over the long term, which she likens to the curation of archaeological sites as World Heritage, and compare to Land Art projects created in the US West. Her most recently completed book manuscript, An Alchemy of Medieval Honduras, places the archaeology of Central America between 600-1200 AD in the context of global medieval studies, and takes the perspective that mineral materials were lively and actively shaped the histories we sometimes attribute entirely to humans-- a proposition she argues was familiar in Europe at the time. Journal articles based on this project have appeared in World Archaeology, postmedieval, and Scapegoat: Architecture/Landscape/Political Economy. In 2022, Leiden University conferred an honorary doctorate on her in recognition of her broad anthropological and archaeological research, and the American Anthropological Association named her a recipient of the A. V. Kidder Award for Eminence in American Archaeology.

Joyce is internationally recognized as a specialist in sex and gender in the past, basing her analyses on art, burials, and the remains of households from projects she directed in Honduras for more than 30 years. She has directed excavations ranging from some of the earliest villages in Central America, dating to 1500-500 BC; the largest settlement in the region, dating 500-1000 AD to an 18th century Spanish fort on the Caribbean coast (2008-2009). With US and Mexican colleagues, she received funding from the National Endowment for the Humanities for a new project exploring daily life in the Classic Maya city today called Palenque, a World Heritage site in Mexico with fieldwork that began in 2022. Her research on early villages resulted in the identification of traces of cacao (the plant yielding chocolate) dating to at least 1100 BC and led to reassessment of the role of this plant in the cultures of Central America. In 2022, she was awarded the Premio Jesús Nuñez Chinchilla in recognition of her contributions to creating an inclusive history of Honduras with this work.

An important and continuing part of her work has been the exploration of the ethics and political contexts of archaeological research. This includes assessing the impacts on cultural heritage policy of the 2009 coup d'etat in Honduras, after two decades contributing to the creation of new museums and interpretive centers in Honduras. Following the 2009 coup and destabilization of security in Honduras, she returned to museum collections in Europe and North America, conducting research on antiquities collecting from Central America in the 18th and 19th centuries. This contributed to two books, Painted Pottery from Honduras: Object Lives and Itineraries (Brill 2017) and Material Relations: The Marriage Figures of Prehispanic Honduras (with Julia Hendon and Jeanne Lopiparo; University Press of Colorado 2014), each the first book on its subject.

She is currently completing work on a major project supported by a multi-year grant from the National Endowment for the Humanities to improve scholarly access to a microfilm collection that duplicates the main colonial archive for Central America, the Archivo General de Centroamérica, a project in which she and her project co-director trained cohorts of Berkeley undergraduates in archival research methods.

Joyce's work on cultural heritage is rooted in her original history as a museum anthropologist, a field which she teaches at Berkeley. She was Assistant Director of the Peabody Museum at Harvard University (1986-1989), and Director of the Hearst Museum of Anthropology at Berkeley (1994-1999). She has published essays on contradictions in the definition of world heritage sites and the way archaeologists evaluate the significance of archaeological sites; on the role of nationalism in archaeology; and the way expertise is mobilized in international consulting. She teaches courses on cultural heritage policy in which she draws on her experience serving as a member of the federal Cultural Property Advisory Committee, to which she was appointed by President Barack Obama in 2011, serving through 2019, and as a member of a Cultural Heritage Task Force of the American Anthropological Association from 2013-2015. 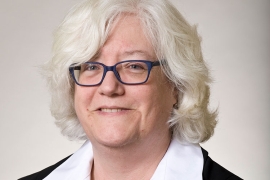 Rosemary Joyce, professor of anthropology, has been awarded an honorary doctorate from Leiden University in the Netherlands.

Five Berkeley professors have been named 2010 Guggenheim fellows, an award conferred for "achievement and exceptional promise."

Rosemary Joyce, professor of anthropology, has been awarded an honorary doctorate from Leiden University in the Netherlands.

Five Berkeley professors have been named 2010 Guggenheim fellows, an award conferred for "achievement and exceptional promise."