I am a theorist and phenomenologist. While I originally trained in Particle Physics, in the last few years my interest has centered around the question of the formation of structure in the universe. How did it originate, what were the forces responsible for making it what it is today and what can it teach us about the universe? I am particularly interested in using cosmology to learn about the nature of the dark energy believed to be causing the expansion of the universe to accelerate, in the formation and evolution of galaxies and of active galactic nuclei.

Cosmology today is in a state similar to where particle physics was 20 years ago. The big picture is in place, but many of the fundamental questions remain unanswered. With the tremendous growth in computational and observational power, cosmology is a rapidly moving and fairly young field and can also be quite competitive.

I am a member of the Theoretical Cosmology group. My work involves both analytical and numerical components, with some simulations (and data-analysis). The basic framework is (general) relativistic perturbation theory and quantum field theory, plus some simple radiative transfer and fluid mechanics.

While the study of structure formation is a unifying concept, my research falls into several different categories:

In addition to my purely theoretical work I am a member of several large experimental teams. On such experiments theorists often play a role in identifying which measurements are most amenable to comparison with theory, producing calculations or simulations which can be used to analyze the data, and using these to tease out the answers to specific questions. 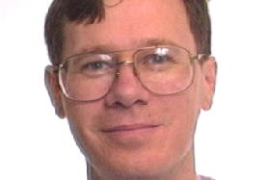 Martin White, a professor of physics and astronomy, has been awarded a 2011 Guggenheim Fellowship to investigate dark energy using data from the BOSS experiment.

Martin White, a professor of physics and astronomy, has been awarded a 2011 Guggenheim Fellowship to investigate dark energy using data from the BOSS experiment.