Enrico Moretti is the Michael Peevey and Donald Vial Professor of Economics at the University of California, Berkeley. He serves as the Editor in Chief of the Journal of Economic Perspectives and is a Visiting Scholar at the Federal Reserve Bank of San Francisco. He is also Research Associate at the National Bureau of Economic Research (Cambridge), Research Fellow at the Centre for Economic Policy Research (London) and the Institute for the Study of Labor (Bonn).

Professor Moretti’s research covers the fields of labor economics and urban economics.  He has received several awards and honors, including the Society of Labor Economists’ Rosen Prize for outstanding contributions to labor economics, the Carlo Alberto Medal, the IZA Young Labor Economist Award and a Fulbright Fellowship. His book, “The New Geography of Jobs”, has been translated in eight languages and was awarded the William Bowen Prize. 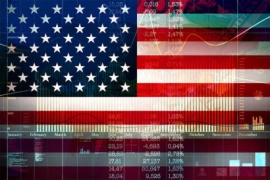 New Opportunity Lab to focus on policy for poverty, inequality

If anything can save the country from its current political dysfunction, it is “good, policy-oriented research,” Christina Romer, a UC Berkeley economist and former chair of the White House Council of Economic Advisers.

New Opportunity Lab to focus on policy for poverty, inequality
See all

New Opportunity Lab to focus on policy for poverty, inequality

If anything can save the country from its current political dysfunction, it is “good, policy-oriented research,” Christina Romer, a UC Berkeley economist and former chair of the White House Council of Economic Advisers.

Please note: The views and opinions expressed in these articles are those of the authors and do not necessarily reflect the official policy or positions of UC Berkeley.
February 6, 2020

San Gabriel Valley Tribune
Lawrence J. McQuillan
Although California homes are 250 percent more expensive than the national average, the state isn't alone in its affordable housing crisis, and a recent study co-authored by economics professor Enrico Moretti indicates that extremely high housing costs in certain parts of the country hurt all workers. Examining data from 220 metro areas from 1964 through 2009, they found that growing variation in housing prices stimulates growing differences in labor productivity nationwide and lowering aggregate growth by 36%. Pointing to strict zoning laws in key areas that drive up prices and reduce the number of people who can live in the most productive cities, they conclude that the "effect of more housing in Silicon Valley" would be "to raise income and welfare of all U.S. workers." Their report is available here.
FullStory

The Economist
While estate taxes are easy to avoid in the U.S. by simply moving to states that don't levy them, local governments can still profit from them, according to a new study co-authored by economics professor Enrico Moretti and Daniel Wilson of the Federal Reserve Bank of San Francisco. The researchers looked at Forbes data on billionaires' net worth and their listed states. From 2001 on, billionaires' whose listed state changed were most likely to have moved from a state that charged an estate tax to one that didn't, but for those who stayed in states that charge the tax, the local revenue was considerable. For example, Arkansas revenue increased by $148 million after the founder of Walmart died. Of the 13 states that charged the tax, nine profited by it.
FullStory (*requires registration)