Edward A. Lee is Professor of the Graduate School and Robert S. Pepper Distinguished Professor Emeritus in Electrical Engineering and Computer Sciences (EECS) at the University of California at Berkeley, where he has been on the faculty since 1986. He is the author of seven books, some with several editions, including two for a general audience, and hundreds papers and technical reports. Lee has delivered more than 200 keynote and other invited talks at venues worldwide and has graduated 40 PhD students. Professor Lee's research group studies cyber-physical systems, which integrate physical dynamics with software and networks. His focus is on the use of deterministic models as a central part of the engineering toolkit for such systems. He is the director of iCyPhy, the Berkeley Industrial Cyber-Physical Systems Research Center and of the Berkeley Ptolemy project. From 2005-2008, he served as Chair of the EE Division and then Chair of the EECS Department at UC Berkeley. He has led the development of several influential open-source software packages, notably Ptolemy and its various spinoffs. He received his BS degree in 1979 from Yale University, with a double major in Computer Science and Engineering and Applied Science, an SM degree in EECS from MIT in 1981, and a Ph.D. in EECS from UC Berkeley in 1986. From 1979 to 1982 he was a member of technical staff at Bell Labs in Holmdel, New Jersey, in the Advanced Data Communications Laboratory. He is a co-founder of BDTI, Inc., where he is currently a Senior Technical Advisor, and has consulted for a number of other companies. He is a Fellow of the IEEE, was an NSF Presidential Young Investigator, won the 1997 Frederick Emmons Terman Award for Engineering Education, received the 2016 Outstanding Technical Achievement and Leadership Award from the IEEE Technical Committee on Real-Time Systems (TCRTS), the 2018 Berkeley Citation, and the 2019 IEEE Technical Committee on Cyber-Physical Systems (TCCPS) Technical Achievement Award.

Professor Lee's research group studies cyber-physical systems, which integrate physical dynamics with software and networks. Specifically, his group has made major contributions in models of computation with time and concurrency, model-based design and analysis, domain-specific languages, architectures for real-time computing, schedulability analysis, and modeling and programming of distributed real-time systems. His group has been involved with parallel and distributed computing, including models of computation with distributed real-time behaviors, partitioning and scheduling algorithms, backtracking techniques for fault tolerance and recovery, dataflow models of computation, and modeling of sensor networks. His group has made key contributions in semantics of timed and concurrent systems, including domain polymorphism, behavioral type systems, metamodeling of semantics, and comparative models of computation. His group has also worked on blending computing with continuous dynamics and hybrid systems. Prof. Lee himself has an extensive background in signal processing and physical-layer communication systems, and has co-authored two books on these subjects, in addition to four books on embedded systems technologies. 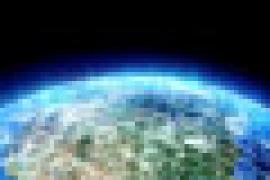 Researchers in the Department of Electrical Engineering and Computer Sciences have been awarded $27.5 million over five years to spearhead the new TerraSwarm Research Center, which will address the huge potential — and risks — of the pervasive integration of smart, networked sensors connecting our world.

Researchers in the Department of Electrical Engineering and Computer Sciences have been awarded $27.5 million over five years to spearhead the new TerraSwarm Research Center, which will address the huge potential — and risks — of the pervasive integration of smart, networked sensors connecting our world.