Donald Rio is a professor of Biochemistry, Biophysics and Structural Biology in the Department of Molecular and Cell Biology.  The general interest of his laboratory is nucleic acid transactions, specifically, the mechanisms used to mobilize transposable DNA elements (a process called transposition) and how RNA binding proteins control patterns of alternative pre-mRNA splicing.  About half the human genome is composed of transposons; transposable DNA insertions have been linked to human disease gene mutations and chromosomal rearrangements and are thought to be important for genome and organismal evolution.  Their research focuses on the P element family of transposable elements found in the fruit fly, Drosophila melanogaster and more recently the vertebrate homologs of the P element transposase, THAP9.  P element transposition is related to retroviral DNA integration, such as HIV, and to the process by which immunoglobulin and T-cell receptor genes are rearranged in the vertebrate immune system [V(D)J recombination].  The P element system offers the ability to effectively combine the use of biochemical, genetic, molecular biological and proteomic approaches to study fundamental aspects of transposition mechanisms.  A second research area of research involves how patterns of alternative splicing of pre-mRNA are set up in a cell-type and tissue-specific manner, which is an important mechanism for the regulation of gene expression, evolution of organismal complexity in metazoans and leads to significant proteomic diversification.  Understanding how pre-mRNA splicing is controlled will be important since at least 40% of the known human and mouse disease gene mutations affect the splicing process.  Their studies deal with the interaction of proteins with RNA and DNA as well as the assembly, composition, structure, function and biochemical activities of these complex nucleoprotein machines.

Biochemistry of P element transposase, the mechanism of transposition and P element-related THAP 9 genes in humans and zebrafish.   The 87kD P element-encoded transposase protein is required to catalyze P element transposition and belongs to a large polynucleotidyl transferase superfamily, that includes RNaseH, RuvC, retroviral integrases, transposases and the argonaute proteins.  Biochemical studies using the purified protein revealed that guanosine triphosphate  (GTP) is an essential cofactor for the reaction.  Current studies involve the use of biochemical and cell-based assays, along with cryo-electron microscopy (cryo-EM) to investigate to the role(s) that GTP plays in transposition and the detailed assembly and reaction pathway of transposase on DNA.   Interestingly, the THAP9 gene in humans and zebrafish shares extensive sequence homology to the Drosophila P element transposase.   They have recently shown that both the human and zebrafish THAP9 proteins can mobilize P elements in human and Drosophila cells.

RNA binding proteins and the control of alternative pre-mRNA splicing in Drosophila and humans.   The P element transposon pre-mRNA undergoes tissue-specific splicing and they showed that regulation of the third P element intron (IVS3) involves RNA binding proteins (PSI, hrp48, hrp36 and hrp38) that recognize an exonic splicing silencer (ESS) regulatory RNA element in the 5' exon adjacent to IVS3, resulting in splicing inhibition.  This RNA silencer element binds the splicing repressor protein PSI (P element somatic inhibitor) protein which directly interacts with U1 snRNP and modulates U1 snRNP binding to specific sites on the pre-mRNA.  They are using RNA-seq and bioinformatic analysis with the Junction Usage Model (JUM) software to identify changes in alternative splicing patterns and to identify and characterize new splicing silencers that use the hrp48 and PSI factors in cellular genes.  They are also interested in analyzing the splicing pattern changes in human cells in disease states using JUM.  This project involves genome editing mutations in the human splicing repressor hnRNPA1 that is mutated in ALS (Amyotrophic Lateral Sclerosis), a neurodegenerative disease and analyzing splicing pattern changes caused by the disease mutations.  They are also analyzing RNA-seq data from patient samples for splicing pattern changes in ALS and Parkinson’s disease to identify changes in gene expression correlated with disease state. 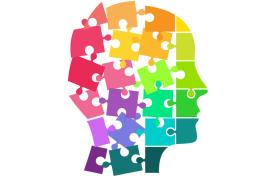 Two new grants totaling nearly $14 million over three years will jump-start research at UC Berkeley into the molecular and genetic causes of Parkinson’s disease, a neurodegenerative disorder that afflicts more than 1 million Americans, yet whose cause remains a mystery. 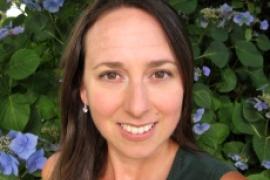 Three UC Berkeley faculty members - Diana Bautista, Amy Herr and Donald Rio - have been singled out as innovators by the National Institutes of Health and will receive special grants designed to fund "transformative research" that could lead to major advances in medical science.

Two new grants totaling nearly $14 million over three years will jump-start research at UC Berkeley into the molecular and genetic causes of Parkinson’s disease, a neurodegenerative disorder that afflicts more than 1 million Americans, yet whose cause remains a mystery.

Three UC Berkeley faculty members - Diana Bautista, Amy Herr and Donald Rio - have been singled out as innovators by the National Institutes of Health and will receive special grants designed to fund "transformative research" that could lead to major advances in medical science.