Bryan Wagner is Professor in the English Department at the University of California, Berkeley. His research focuses on African American expression in the context of slavery and its aftermath, and he has specific interests in legal history, vernacular expression, urban studies, and digital humanities.

His first book, Disturbing the Peace: Black Culture and the Police Power after Slavery (Harvard University Press, 2009), offers a new theory of black vernacular tradition based on the tradition’s historical engagement with criminal law, an engagement that cuts through the accumulated layers of anthropological description to points where it is possible to observe the tradition indexing its own descent through time. By interpreting outlaw legends and blues lyrics through the cues they take from the modern law of slavery and police, we discover a historical consciousness derived from the experience of legal dispossession that does not reduce to cultural inheritance.

His second book, The Tar Baby: A Global History (Princeton University Press, 2017), interprets the global tradition of the tar baby, a folktale that exists in hundreds of versions derived over centuries on at least five continents. We know the tar baby was circulating at the same time and in the many of same places as the philosophy of property and politics developed in colonial law and political economy, and it can also be shown that the story is addressed to many of the same problems—labor and value, enclosure and settlement, crime and captivity—presented in tracts and charters associated with the so-called great transformation in world history. When the tar baby is read alongside these philosophical cognates, it begins to look less like a hidden transcript coding context-bound and interest-based resistance, and instead more like a universal history that seeks to grasp all at once the interlocking processes by which custom was criminalized, lands were colonized, slaves were captured, and labor was bought and sold, even as it also reflects on the experience of disenchantment and the impact of science on the conflict over resources.

Other books include Looking for Law in All the Wrong Places (Fordham University Press, 2019), an essay collection, edited with Marianne Constable and Leti Volpp; The Wild Tchoupitoulas (33 ⅓ Series, 2019), a study of a classic funk album that set the template for the commercialization of processional second-line music; and The Life and Legend of Bras-Coupé: The Fugitive Slave Who Fought the Law, Ruled the Swamp, Danced at Congo Square, Invented Jazz, and Died for Love (Louisiana State University Press, 2019), a documentary history of an eminent maroon.

He is Principal Investigator for two multidisciplinary projects in the digital humanities: Louisiana Slave Conspiracies (lsc.berkeley.edu), an interactive archive of trial manuscripts related to slave conspiracies organized at the Pointe Coupée Post in the Spanish territory of Louisiana in 1791 and 1795; and Tremé 1908, which tells the story of one year in the everyday life of an extraordinary neighhorhood that was a crucible for civil rights activism, cultural fusion, and musical innovation.

He is currently writing a book, The People's Court: Law and Performance from Slavery to the Civil Rights Movement, that reconstructs a period-bound demotic tradition in music, folklore, popular theater, and vaudeville comedy based on the procedures and process of the minor judiciary.

The National Endowment for the Humanities today announced $12.8 million in financial support for humanities research across the country. 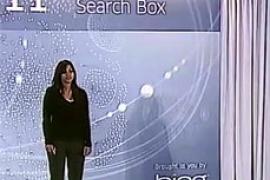 Computer science graduate student Aditi Muralidharan has developed a sophisticated text-analyzing tool that could speed literary searches for humanities scholars and other researchers.

The National Endowment for the Humanities today announced $12.8 million in financial support for humanities research across the country.

Computer science graduate student Aditi Muralidharan has developed a sophisticated text-analyzing tool that could speed literary searches for humanities scholars and other researchers.