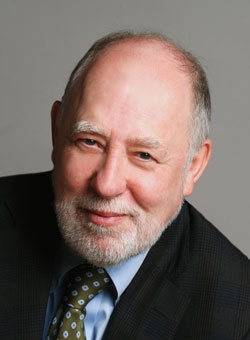 Graham Fleming, a Professor of Chemistry, served as Vice Chancellor for Research at the University of California, Berkeley from April 2009 to April 2015. As Vice Chancellor for Research, Fleming had overall responsibility for the University of California, Berkeley research endeavor and exercised primary leadership in research policy, planning and administration for the Berkeley campus which includes relations between the university and industry, research compliance, research communications and research support for the Berkeley campus. His administrative portfolio included management of over fifty campus research units, twelve research museums and remote field stations, and research administration offices including the Office of Research Administration and Compliance, Office of Intellectual Property & Industry Research Alliances (IPIRA), Research Enterprise Services, and the Office of Lab Animal Care.

Dr. Fleming, who served as Berkeley Lab's Deputy Director from 2005 through 2007, has been at the forefront of a major revolution in the biophysical sciences. Through joint appointments as Melvin Calvin Distinguished Professor of Chemistry at UC Berkeley, and Founding Director of both the Berkeley Lab's Physical Biosciences Division and UC Berkeley's California Institute for Quantitative Biosciences (QB3), he has re-shaped the intersection of physical and biological sciences, while maintaining his own ground-breaking investigations into ultrafast chemical and biological processes, in particular, the primary steps of photosynthesis.

In 1997, he came to UC Berkeley as a professor of chemistry. At UC Berkeley, Fleming (along with Dan Koshland and Paul Gray) proposed and planned the construction of Stanley Hall which became the Berkeley home of QB3, with Fleming as its first Director. In 2007 he co-authored, (with Professor Mark Ratner of Northwestern University), the well received "Directing Matter & Energy: Five Challenges for Science & the Imagination" for the U.S. Department of Energy's Basic Energy Sciences (BES) program, a report which elucidates five interconnected Grand Challenges in science which, if understood and achieved, may blaze a trail to the ultimate goal of being able to direct and control matter at the level of electrons.

Throughout his administrative career, Fleming has remained a highly active and successful scientific researcher. He has authored or co-authored more than 400 publications, and is widely considered to be one of the world's foremost authorities on ultrafast processes. In addition to his many other activities, Fleming has given numerous talks around the world on the inter-relation and inter-complexity of energy, climate and photosynthesis.