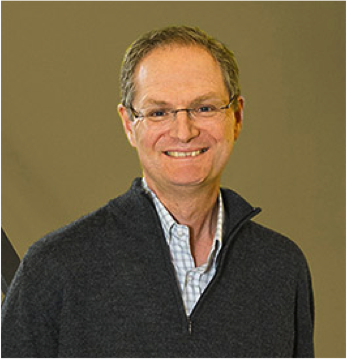 Paul Alivisatos served as Vice Chancellor for Research from February 2016 to August 2017.  As Vice Chancellor for Research, Dr. Alivisatos had overall responsibility for UC Berkeley’s research endeavor and primary leadership in research policy, planning and administration including relations between the university and industry, research compliance, research communications and research support for the Berkeley campus. His administrative portfolio included management of over fifty campus research units, twelve research museums and remote field stations, and research administration offices including the Office of Research Administration and Compliance, Office of Intellectual Property & Industry Research Alliances (IPIRA), and the Office of Lab Animal Care.

Dr. Alivisatos is UC Berkeley's Samsung Distinguished Professor of Nanoscience and Nanotechnology. He also directs the Kavli Energy NanoScience Institute (ENSI), and holds professorships in UC Berkeley's departments of materials science and chemistry. In addition, he is a founder of two prominent nanotechnology companies, Nanosys and Quantum Dot Corp, now a part of Life Tech.

From 2009 to 2016, Dr. Alivisatos served as Director of the Lawrence Berkeley National Laboratory (Berkeley Lab). During his tenure, the Lab began construction on new buildings for computational research, buildings efficiency, solar energy research, and biological sciences. He spearheaded several strategic initiatives that include energy innovation to help move humanity toward net zero impact in the global carbon cycle; a multidisciplinary approach to understanding and using microbial life for clean energy, environment, and health; an early-stage proposal to upgrade the Lab’s Advanced Light Source; and, harnessing the computing and data revolution to greatly advance scientific discovery.

Groundbreaking contributions to the fundamental physical chemistry of nanocrystals are the hallmarks of Dr. Alivisatos's distinguished career. His research breakthroughs include the synthesis of size- and shape-controlled nanoscrystals, and forefront studies of nanocrystal properties, including optical, electrical, structural and thermodynamic. In his research, he has demonstrated key applications of nanocrystals in biological imaging and renewable energy. He played a critical role in the establishment of the Molecular Foundry, a U.S. Department of Energy's Nanoscale Science Research Center, and was the facility's founding director. He is the founding editor of Nano Letters, a leading scientific publication in nanoscience.

Dr. Alivisatos has been recognized for his accomplishments, with awards such as the National Medal of Science, the Wolf Prize in Chemistry, the Linus Pauling Medal, the Ernest Orlando Lawrence Award, the Eni Italgas Prize for Energy and Environment, the Rank Prize for Optoelectronics, the American Chemical Society Awards for Materials Chemistry and for Colloid and Surface Science, and the Von Hippel Award of the Materials Research Society. He is a member of the National Academy of Sciences and the American Academy of Arts and Sciences.