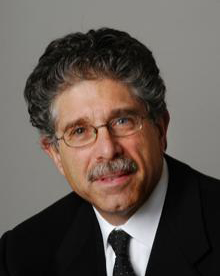 Robert M. Price was Associate Vice Chancellor for Research and Professor of Political Science at the University of California, Berkeley. A native of Brooklyn, New York, in 1963 he undertook his graduate work in political science at UC Berkeley, where he received M.A. and Ph.D. degrees. He joined the Berkeley faculty in the Department of Political Science in 1970, and served as Department Chair from 1996 through 2001.

Professor Price’s research and teaching interests include comparative politics and African affairs, with a special emphasis on the politics of contemporary South Africa. He is author of Society and Bureaucracy in Contemporary Ghana (Berkeley: University of California Press, 1975), U.S. Foreign Policy toward Sub-Saharan Africa: National Interest and Global Strategy (Berkeley: Institute of International Studies, 1979), The Apartheid Regime: Political Power and Racial Domination (co-editor, Berkeley: Institute of International Studies Publications, 1980), and The Apartheid State in Crisis (New York: Oxford University Press, 1991), as well as a variety of journal articles and book chapters dealing with the new African state, U.S. foreign policy towards Africa, and political change in South Africa. Among latter is “Race and Reconciliation in the New South Africa,” Politics and Society, V. 25, No. 2.

The Apartheid State in Crisis (1991) explores the political dynamics that produced South Africa’s negotiated transition away from minority racial rule. Focusing on the movement for black liberation, the policies of the apartheid state, and the international environment, the process whereby the foundations of white rule were fundamentally eroded is revealed. The dynamic interactions of government reform, black insurrection, and international sanctions are shown to have profoundly altered South Africa’s political process during the decade of the 1980s, weakening the white-controlled state and leaving the government with only one viable option: to negotiate the future of the state with advocates of majority rule (Oxford University Press, 1991).

"...Price’s book is a stunning accomplishment. It towers over recent analyses of the South African situation and puts to shame recent historical sociological treatments of revolution..."

American Political Science Review "...without peer as the best researched and most authoritative history of this period of reform now on our bookshelves."