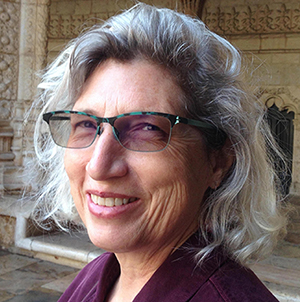 Linda Haverty Rugg is Associate Vice Chancellor for Research and Professor of Swedish Literature in the Scandinavian Department at UC Berkeley.  She received her undergraduate degree with departmental honors in English and German from Barnard College, and her M.A. and Ph.D. degrees in Comparative Literature from Harvard University. She has been a professor in the Scandinavian Department at UC Berkeley since 1999. During her tenure at the university she has served as Chair of her department, Associate Dean of Arts and Humanities, and Chair of the Senate Committee on Courses of Instruction. She has published two monographs and more than two dozen scholarly articles, essays, and book chapters, with emphases on autobiography, film and photography, painting, ecocriticism, and race studies. Her book Picturing Ourselves: Photography and Autobiography (University of Chicago Press, 1997) won the Modern Language Association’s Aldo and Jeanne Scaglione Prize for best book in Comparative Literature in 1998. Her work, published in English and Swedish, has been translated into Danish, French, Norwegian, and Spanish, and she has published translations from German and Swedish, including works by Ingmar Bergman. She chairs the fellowship committee for the American-Scandinavian Foundation, serves on the editorial board of Samlaren (Swedish literary journal), and has acted as a publication referee for several university and non-profit presses and numerous international journals. Her present research engages with the work of two Swedish brothers who arrived in the Delaware River Valley in 1712, with particular focus on their encounters with Native Americans and the natural environment of North America.