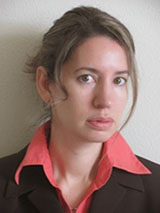 Indoor air toxicity is a pressing environmental and health challenge for urban dwellers, who typically spend around 85-90% of their time indoors. Urban air toxicity makes traditional natural ventilation strategies increasingly unviable. Current indoor air detoxification technologies include cumbersome mechanical systems and biological systems in the form of biowalls. Mechanical systems require energy and often disbalance the health of indoor spaces.  Biowalls made of plants require a high level of maintenance and increase humidity from evapotranspiration, making them costly and de facto unsustainable. Gutierrez proposes a radically new approach to biological systems for indoor detoxification through multiscale engineered lichen modules that demand zero energy or infrastructure, have moisture buffering capacity, and are entirely self-regulated and maintenance-free. Lichen Building Blocks is a lightweight structural module system of 3D extruded lichen/recycled plant composites that enable carbon sequestration and VOC removal. The blocks are deployable and scalable for a wide range of indoor spaces and climates. Lichen Building Blocks can revolutionize our capacity for indoor air detoxification at low cost, addressing an increasing environmental and health imperative.

Maria Paz Gutierrez is an Associate Professor in the Department of Architecture. Her research and design focus on pressing challenges in the intersection of the energy-water-air of the built environment. She explores natural materials innovation and microbial environments as contextual, technological, and cultural implications intersecting architecture, engineering, and science. Gutierrez received her BArch from U.F.T in Chile, M Arch from the University of Pennsylvania, and Ph.D. (AV) from the University of Cambridge. Her construction technology innovations are recognized to bridge gaps in the nexus of sustainability, culture, and health from the nano to the building scale. 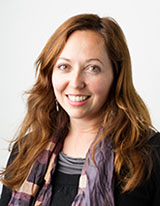 EarEEG – Hearables That Read Your Mind

Smart earbuds and hearing aids known as hearables have transformed the headphone and audiology landscape. In addition to enhancing enjoyment of music and conversation, technologically advanced electronic in-ear devices controlled by touch, movement or voice are being applied to medical monitoring, fitness tracking and more. Rikky Muller’s research group has developed EarEEG, which uses lightweight in-ear earbuds to detect the brain’s electrical activity. Electroencephalography (EEG) is recorded non-invasively from the ear canal and transmitted wirelessly to the user’s smartphone. Her goal is to enable the seamless connection of mind to device in a variety of user interface, consumer and healthcare applications.

Rikky Muller is an Assistant Professor in the Department of Electrical Engineering and Computer Sciences where she holds the S. Shankar Sastry Professorship in Emerging Technologies. Her research group focuses on wearable and implantable medical devices and in developing low-power, wireless microelectronic and integrated systems for neurological applications. She received her B.S. and M. Eng. degrees from the Massachusetts Institute of Technology, and her Ph.D. from UC Berkeley. 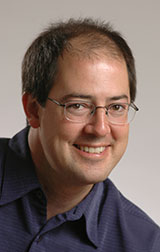 Printed Microbatteries for the Internet of Things

The global sensor market has expanded dramatically in recent years, driven by applications in

the Internet of Things, healthcare, wearables and more. Hundreds of billions of sensors are already embedded in a vast array of networked physical objects, measuring changes in the physical environment and reporting this data electronically. UC Berkeley’s Swarm Lab estimates that nearly ten trillion sensors will be deployed in networked devices by the end of the century.  Sensors for many of these applications will require high capacity power and small size unavailable in current microbatteries.  Kristofer Pister will address this need by integrating high density lithium ion microbatteries directly within the chips that enable sensors to function. His technology uses a combination of microfabrication and stencil printing methods to deliver a small, long lived, high energy density and low cost micro-battery to power our connected world.

Kristofer Pister is Professor of Electrical Engineering and Computer Sciences, and a  Co-Director of the Berkeley Sensor and Actuator Center (BSAC).  His research is at the intersection of microelectromechanical systems and integrated circuits.  He received his B.S. from UC San Diego, and M.S. and Ph.D. from UC Berkeley. 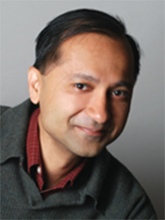 In our information-dominated world, combinatorial optimization problems are ubiquitous. Logistics/transportation, intelligent robots, autonomous cars, smart grids, drug design, and communication networks all involve finding the optimal solution from among  millions or billions of possibilities.   “Quantum annealing” machines have been proposed to solve such problems quickly, but they are large, expensive, and difficult to scale to solve ever-larger problems. Jaijeet Roychowdhury and his graduate student, Tianshi Wang, have invented a new approach, OIMs (Oscillator Ising Machines), that solves combinatorial optimization problems using coupled electronic oscillator circuits.  Because OIMs are based on conventional integrated circuit technology, they are a far smaller, less expensive and more scalable alternative.  OIM chips may become a standard technology, as GPUs are for graphics computations.

Jaijeet Roychowdhury is Professor of Electrical Engineering and Computer Sciences. His research interests include machine learning, novel computational paradigms, and the analysis, simulation, verification and design of cyber-physical, electronic, biological, nanoscale and mixed-domain systems. He received his B. Tech. from the Indian Institute of Technology, Kanpur, India, and his M.S. and Ph.D. in Electrical Engineering and Computer Sciences at UC Berkeley.  He and Tianshi Wang were awarded the 2019 Bell Labs Prize for their work on OIMs. 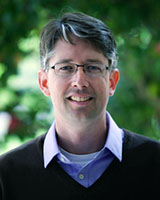 Can We Harness Virus-Triggered Immunity for Cancer Immunotherapy?

Immunotherapy has revolutionized the treatment of cancer. However, many patients fail to respond to current cancer immunotherapies. Recent data suggest that immunotherapy resistant tumors lack infiltration of the immune cells necessary for therapeutic responses. One of the characteristics of these so-called “cold” tumors is the absence of a gene expression signature characteristic of type I interferons, a class of secreted signaling proteins that elicit potent anti-tumor immune responses. Russell Vance’s lab will identify the pathways that silence type I interferon production in tumors and develop novel small molecule inhibitors of these pathways, to unleash anti-tumor interferon responses.  This approach is unique as its goal is to reverse the silencing itself, rather than to induce interferon expression within a tumor.

Russell Vance is Professor of Immunology and Pathogenesis in the Department of Molecular and Cell Biology, and an Investigator of the Howard Hughes Medical Institute.  A B.Sc. and M.A. graduate of Queen’s University in Kingston, Ontario Canada, he received his Ph.D. from UC Berkeley and did postdoctoral research at Harvard Medical School. The Vance Lab studies the complex interrelationship between pathogens and their hosts, including the innate immune response characterized by the production of type I interferons. 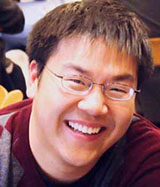 The NV-DAC: A Quantum Sensor at High Pressures

Characterizing the behavior of matter under pressure and strain is essential for the development of next generation technologies, ranging from solar cells to auxetic and “smart” materials. The workhorse of such studies is the diamond anvil cell (DAC), which has had a transformative impact on materials science, chemistry, physics, and engineering by providing a tabletop apparatus capable of reaching megabar pressures. However, due to the enormous stress gradients generated, it is challenging to position a sensor near the sample in order to measure local material properties. This prevents access to essential pieces of information from within the sample chamber: for example, does material failure and fracture nucleate from a specific point? Are there inhomogeneities in the viscous and elastic properties of a sample? As a Bakar Fellow, Norman Yao will develop the NV-DAC system, which is capable of measuring material properties under pressure with sub-micron spatial resolution and at temperatures ranging from 4K to room temperature.

Norman Yao received his A.B. and Ph.D. from Harvard University.  He joined the faculty of the Department of Physics as an Assistant Professor in 2016, after completing postdoctoral research at UC Berkeley as a Miller Fellow.  His laboratory employs a variety of theoretical, numerical and experimental tools to investigate problems at the interface between atomic, molecular and optical physics, condensed matter, and quantum information science. 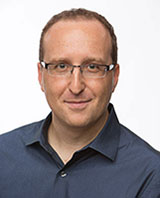 Autonomous transportation is the way of the future. A necessary requirement of any autonomous vehicle is to sense and respond to objects in the external environment; both stationary, such as curbs and barriers, and in motion, such as pedestrians and vehicles.  Present efforts focus on video-scene analysis, which is computationally expensive and highly challenged in cluttered environments.  Michael Yartsev will take an alternative, biologically-inspired approach towards solving these problems by leveraging solutions obtained by biological systems. A major focus will be the bat whose flight activity can be analyzed individually at the level of neural activity and collectively as interactive behavior. These findings will be translated into computational algorithms that enable optimal processing of incoming sonar-based sensory inputs and uncover the most efficient “rules of the road”  for the design and operation of autonomous vehicles.

Michael Yartsev is an Assistant Professor of Bioengineering and Neuroscience. His laboratory studies the echolocating bat to understand the neural basis of complex spatial, social and acoustic behaviors in mammals. He received his B.Sc. and M.Sc. from Ben-Gurion University and his Ph.D. from the Weizmann Institute in Israel and was a postdoctoral fellow at Princeton University. He joined the UC Berkeley faculty in 2015.