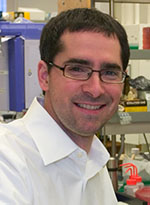 Chemistry and Molecular and Cell Biology

Throughout history, S. cerevisiae has served as a central industrial and model microorganism due to its use in food production and the many genetic and genomic tools available to probe its biology. However, it is imperfect for industrial use because it has a narrow preference for carbon sources, has proven difficult to engineer to expand the products it can produce, and suffers from performance limitations in harsh industrial conditions. Other yeasts are far more robust and might serve as better industrial hosts. Among “non-standard” yeasts, Kluyveromyces marxianus has outstanding potential as an industrial host due to its appealing traits: thermotolerance, a broad range of carbon source utilization, and one of the highest growth rates among eukaryotes. We propose to use synthetic biology tools for K. marxianus recently developed in our lab to establish the species as a platform that can replace S. cerevisiae as a host for industrial production of value-added renewable chemicals.

Jamie Cate is a Professor in the Departments of Chemistry and Molecular and Cell Biology. He joined the UC Berkeley faculty in 2001 from the Whitehead Institute and Massachusetts Institute of Technology. He received his BS from the University of Denver and his PhD from Yale University, and was a postdoctoral fellow at UC Santa Cruz.  The Cate laboratory develops novel means of biofuel and renewable chemical production, and studies the basic biology of protein synthesis. 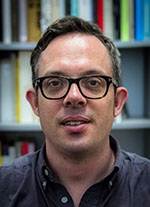 Our work connects two previously separate worlds of information and design in the built environment; Geographic Information Systems (GIS) and Computer-Aided Design (CAD).  Over the last five years, we have shown how a robust integration between CAD and GIS can produce unprecedented and essential design work, such as our 3,659 individual proposals for distributed ecological infrastructure in San Francisco, Los Angeles, and New York. Such proposals accomplish much of what large, single infrastructure proposals would accomplish for the city, but at a reduced cost, and with far greater resilience and investment in at-risk communities.  As well as a way to make better cities and landscapes, however, the methods we have prototyped are potentially instrumental for a range of design markets. From locally optimizing solar energy installations to effectively configuring ecological prefabricated housing on many sites, we believe our work can play a key role in a wide range of new, digital connections between how we map the world and how we make it.

Nicholas de Monchaux is Associate Professor of Architecture and Urban Design and Director of the Berkeley Center for New Media. His design work has been exhibited widely, including at the Biennial of the Americas, the Venice Architecture Biennale, the Lisbon Architecture Triennial, SFMOMA, and the Chicago MCA. He received his B.A. with distinction in Architecture, from Yale, and his Professional Degree (M.Arch.) from Princeton.

Routine eye exams are required for effective diagnosis and management of diabetic retinopathy, glaucoma, and other major causes of blindness. Despite coverage of exam costs by insurance and Medicare, many people forgo necessary screening. A low-cost handheld retinal imaging tool could increase access to routine eye exams by making high-quality retinal imaging available from primary care physicians and other healthcare professionals. Together with collaborators, we have developed a mobile phone-based ophthalmoscope capable of capturing wide-field retinal images for rapid screening of retinal diseases.

Daniel Fletcher is the Chatterjee Professor of Engineering Biological Systems and Chair of the Department of Bioengineering. His laboratory develops medical devices and studies biophysical mechanisms of disease, with a particular interest in infectious diseases and global health. He received his BS from Princeton University, his D.Phil from Oxford University as a Rhodes Scholar, and his PhD from Stanford University. 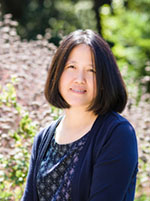 Today, standard CRISPR-editing practice in mice involves microinjection of Cas9 DNA/mRNA into zygotes to directly generate modified animals. While a significant improvement over previous genome engineering methods, microinjection is a costly and time-consuming procedure. We have developed a novel electroporation-based strategy, CRISPR-EZ, to deliver preassembled Cas9 ribonucleoproteins (RNPs) for genome editing. This method enables high-efficiency and high-throughput genome editing in vivo with an optimal embryo survival rate at a fraction of the cost of microinjection-based methods.  We propose to further increase the overall editing efficiency of CRISPR-EZ, and to enable more complex genome engineering schemes in mice. In collaboration with experts in animal reproduction biology, we propose to expand the utility of CRISPR-EZ to engineer the genomes of other mammalian species. Given the advantages of CRISPR-EZ technology in editing efficiency and embryo survival, it has considerable potential to be the preferred CRISPR genome editing technology in mammals.

Research in the He laboratory is directed toward understanding the functions of non-coding genomic elements in normal development and disease, including micro-RNAs, long non-coding RNAs, and retroposons, using a variety of mouse genetics, genomics, cell and molecular biology approaches. Dr. He received her BS from Tsinghua University and PhD from Stanford University. After postdoctoral research at the Cold Spring Harbor Laboratory, she joined the UC Berkeley faculty in 2008.  Dr. He was awarded a MacArthur Foundation “genius” award in 2009, and a carcinogenesis young investigator award in 2014. She is currently an HHMI faculty Scholar. 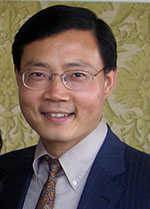 We propose to develop, understand, and exploit a special class of phase transition materials as multi-functional coatings for smart thermal management. Thanks to a thermally-driven metal-insulator phase transition, these materials switch their thermal radiation reflectivity and thermal conductivity at the transition temperature, and the transition temperature can be tuned by the material composition.  These unusual switching properties enable self-regulated, intelligent management of heat exchanges (both heat radiation and heat conduction) of a system with its environment for much improved thermal energy utilization. The technology would save a large amount of energy that is currently wasted due to poor heat management in those systems. For example, currently in buildings, ~ 50% of the energy consumption is used for heating and air conditioning, while in transportation, ~ 60% of the heat produced in combustion engines is directly wasted. If the coatings we develop would improve efficiency of these processes by only 5%, the net effect would save energy costs in the USA on the order of billions of dollars.

Junqiao Wu received his BS from Fudan University, MS from Peking University, and his PhD from UC Berkeley, and was a postdoctoral researcher at Harvard University. He is currently a faculty member in the Department of Materials Science and Engineering and Co-Deputy Director of the Tsinghua-Berkeley Shenzhen Institute.  Dr. Wu was a recipient of the Presidential Early Career Award for Scientists and Engineers (PECASE) from the White House in 2013. The Wu laboratory explores novel materials properties and applications, phase transitions at the nanometer scale, and thermoelectrics and optoelectronics of semiconductor films, nanostructures, interfaces and composites.