Molecular signatures of an individual’s current heath status remain largely unread, at enormous cost. DNA sequence tests can inform disease risk but rarely report on current health. RNA sequence has the promise to meet the need for a broadly informative, readily interpretable, and affordable read-out of health status. RNA is DNA in action: quantitative and qualitative variations in RNA provide extra layers of information and are filtered for irrelevant genomic DNA sequence. Because cells secrete packets of RNA into the bloodstream, particularly cancer and dying cells, a simple blood draw will allow disease detection independent of the tumor type or type of tissue dysfunction. Our startup, KarnaTeq, has developed new tools for RNA sequencing that can be used by scientists now and health providers in the future.

Kathleen Collins is a Professor of Biochemistry, Biophysics and Structural Biology in the Department of Molecular and Cell Biology and a member of the Berkeley Stem Cell Center. Her investigations of RTs that copy RNA to make DNA, and RNA polymerases that convert single-stranded RNA to double-stranded RNA, establish the biological and biochemical mechanisms of nucleic acid synthesis beyond the central dogma. She joined the Berkeley faculty in 1995 after training at Yale, M.I.T. and Cold Spring Harbor Laboratory. 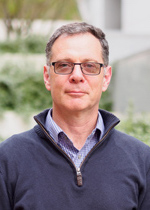 Autophagy (literally “self-eating”) is the cell’s major mechanism for clearing out intracellular debris, and is central to maintaining health at the cellular level. Neurons are the cells that are the most vulnerable to damage when autophagy slows down in aging and disease, and a reduction in autophagic capacity is linked to neurodegenerative diseases such as Parkinson’s Disease. The machinery that carries out autophagy in cells consists of a series of protein complexes, including complexes known as “ULK1” and “PI3KC3-C1”. We are using insights into the structures of these complexes, and their dynamic changes during activation and inactivation, to develop therapies that will promote healthy autophagic function and combat neurodegenerative disease.

James H. Hurley is a Professor and Judy C. Webb Chair in the Department of Molecular and Cell Biology studying protein-membrane interactions important in neurodegenerative diseases and AIDS. He received his B.A. and M.S. in Physics from San Francisco State University and his Ph. D. in Biophysics from UC San Francisco. 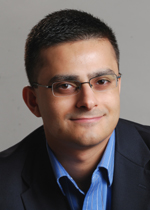 Ali Javey is a Professor in Electrical Engineering and Computer Science. He received a Ph.D. degree in chemistry from Stanford University in 2005, and was a Junior Fellow of the Harvard Society of Fellows from 2005 to 2006. He then joined the faculty of the University of California at Berkeley where he is currently a professor of Electrical Engineering and Computer Sciences. He is also a faculty scientist at the Lawrence Berkeley National Laboratory where he serves as the program leader of Electronic Materials (E-Mat). He is an associate editor of ACS Nano. He is the co-director of Berkeley Sensor and Actuator Center (BSAC), and Bay Area PV Consortium (BAPVC). 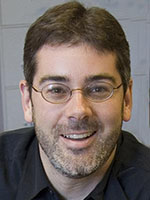 Fossil fuel-fired power plants are the largest stationary point sources of anthropogenic carbon dioxide (CO2), which overwhelming evidence indicates is the leading greenhouse gas contributing to climate change. Although renewable energy technologies are being actively pursued, global dependence on fossil fuels is not likely to abate within the next two or more decades, and therefore carbon capture (and sequestration) is essential for reducing CO2 emissions. The prohibitive energy and cost expenses associated with current amine solvent-based capture technologies present a major impediment to large-scale commercial deployment, however. Our innovative solid adsorbents, consisting of diamine-appended metal-organic frameworks (MOFs), exhibit an unprecedented cooperative mechanism for CO2 binding that enables remarkable gas uptake, low-temperature regeneration, and uniquely positions them to revolutionize carbon capture. We will pursue the development, optimization, and large-scale commercial production of these adsorbents in pelletized form for implementation in coal- and natural gas-fired power plants.

Jeffrey Long is a Professor in the Departments of Chemistry and Chemical and Biomolecular Engineering. His research focuses on the development of new porous materials for applications in gas storage and separations relevant to clean energy technologies, as well as on the development of molecular and porous materials with novel catalytic, magnetic, and conductive properties. He received a BA in Chemistry from Cornell University, a PhD from Harvard University, and went on to postdoctoral studies at UC Berkeley before joining the Chemistry faculty in 1997.

Today conventional lenses are still used in smart phones, microscopes and many other devices. They are bulky and can only achieve a fixed functionality. With reconfigurable photonic devices, multiple functionalities can be achieved in one "smart lens". One can choose from the functionalities which one to use. Moreover, such lenses are going to be much more compact than their conventional counterparts.

Jie Yao is an Assistant Professor in the Department of Materials Science and Engineering. His research includes the study of novel optical materials and their applications in nanophotonics. He received his BS/MS degrees from Nanjing University, China and PhD in Applied Science and Technology from UC Berkeley.